The Game comprises of both action and adventure where you travel around from one city to another fighting demons. After playing this awesome game, you might have got yourself in a spot where you are looking for games like Corruption of Champions.

With more than 2 million active players at any given time, Torn is not only one of the most popular text-based games but is probably one of the few examples of a massively multiplayer text-based online RPG.

Fans of Grand Theft Auto will likely take to this game. Torn gives players the option to do anything and go anywhere, given you have the necessary amount of funds. A moderate learning curve makes it available to just about any player and the gameplay is addictive. Torn is the perfect example of games that don’t need visuals to be exciting.

Last Evil is a strategy card game that also features adult content rated 18+. It is developed by Flametorch, whereas it is published by Critical Bliss. It is also one of the few roguelike single-player card strategy games available to play. Currently, the game can only be played through Steam on Microsoft Windows. It is quite a recent title released this year, back in June.

In Last Evil, the player is forced to go down the deepest of the dungeons in order to wake up the Great Demon. On his journey, he will have to collect powerful spells, and fight against all the enemies that stand on his way. Defeating the enemies will allow the player to collect their essence and continue exploring the depths of the dungeon.

Carnal souls is an adult game like Corruption of Champions. that includes adventure and the gameplay is free and does not require you to pay any dime before you can navigate through this awesome game.

While playing the game carnal souls, you can change yourself to your desired character. Although some transformation outcome might be sexy while some are not. However, you might get some benefits through a transformation like gaining of claws, big tits, and wings.

Well, this could be a perfect fit if you are looking for games like corruption of champions. Flexible survival has a storyline based on the incidents in 2008 and was developed by Nuku Valente. The game is compatible with Windows, Android, iOS, and others.

It begins with the scene of the end of the world, where the virus outbreaks, and you, as the main player, need to keep yourself safe before the military reaches for recovery. The game features various character and world customization options, slash and hack combat, amazing graphics, and many more features.

The Fall of Eden is the game which is focusing on the supernatural theme that comprises the demons and imps. Such an incredible game was introduced to the world by the Fenox as it is the company who has developed it.

The journey starts with the main player who needs to do research of the abandoned neighbourhood place. Then they will reach the place where they will accidentally discover the gateway, which is between the hell and earth.

Kingdom of Loathing is the game for them who want the same adventure like Corruption of Champions but without sex. This game is the best example for you for such text-based flash games. Although if you remember the stickman, right and if you do not this game is going to remind you of him.

However, the game starts with the basic stuff to choose and frame your character from the limited options. You will need to kick start that by selecting a gender at first and then a role from the given six classes. The classes in the games include Seal Clubber, Turtle Tamer, Sauceror, Disco Bandit, Accordion Theif, and Pastamaker. You can now begin playing anytime by entering your name.

The gameplay consists of fighting monsters, loot stuff and proceeds in the manner to finish the game. This game quite suitably falls into the category of Corruption of Champions alternatives because of repeating features.

The curiosities in NeoSushi City, a place which this awesome game is set on, are many. Plus there are so many places for you to explore. You will have the pleasure of visiting a Capsule Hotel featuring a talking elevator, the first the world has ever had. If you want to enjoy a whole new adventure of text-based games, then try Cypher.

It does not provide any customisation for the characters. So the player tries to give good feet forward for slaving fetish and search for realistic and quite slavery. This game is supported by the browser so that you can play this game online.

Gift of Phallius 2: The key to Eternity

This game will provide you an overall good experience of an RFG(roleplay game). Very similar to the corruption of the champions. For playing this browser-based game you will have to download the text-only or the multimedia.

Best Offline And Online Games Like Fortnite To Play For Free

This gaming app is an absolute treat to those who are addicted to text-based games. The Poor Whore gaming app is supported by the Windows operating system. So, you can install it to the system and it works as a first person.

The game lets you perform several tasks such as the entire world exploration, establishing communication with freshly emerged characters, and finish the level wise quests to move to the further levels or stages of the game. Lastly, this game provides certain customizable features and confronts sex as a second person.

It is lust oriented game in which the character went for the mission for achieving high power and money. In the entire journey the character search for adventure and meet many new characters that make the basic essence of the game.

The most amazing thing about the game is that you will see many locations like ships, planet and seasonal dark areas that make it more interesting.

My Very Own Lith

My Very Own Lith’ is a flash based game developed and published by Lithier. It also happens to be one of the sexier games on this list due to the level of kinks it introduces to the gameplay. The main aim of the game revolves around a cat-like feline character like Lith.

The main motive of the game is to seduce Lith to get intimate with you, and this you can achieve through various means. There are several options for you to choose from like ‘talk’, ‘flirt’ and ‘cuddle’ and you must make the appropriate decision depending on the situation you are in. However, this can get quite offensive to some users, so a certain level of viewer discretion is advised. If you do happen to like playing games like Corruption of Champions, then we are sure you will like playing this one.

But if you’re more interested in the amount of freedom Corruption of Champions managed to give you, we suggest trying out Fall of Eden first. 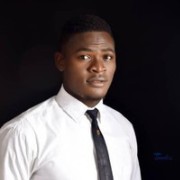 Aaron Victor has been working as a copywriter covering topics for a variety of industries such as business, tech, education and more. The author has got over 5 years of experience with writing and research for different projects.

Superb Sandbox Creation Games Like Minecraft That Are Free

Check Also
Close
Popular Posts
Categories
Facebook Twitter WhatsApp Telegram
Back to top button
Close
Popular Posts
Most Commented
Recent Comments
We use cookies on our website to give you the most relevant experience by remembering your preferences and repeat visits. By clicking “Accept”, you consent to the use of ALL the cookies.
Cookie settingsACCEPT
Manage consent

This website uses cookies to improve your experience while you navigate through the website. Out of these, the cookies that are categorized as necessary are stored on your browser as they are essential for the working of basic functionalities of the website. We also use third-party cookies that help us analyze and understand how you use this website. These cookies will be stored in your browser only with your consent. You also have the option to opt-out of these cookies. But opting out of some of these cookies may affect your browsing experience.
Necessary Always Enabled

Performance cookies are used to understand and analyze the key performance indexes of the website which helps in delivering a better user experience for the visitors.

Analytical cookies are used to understand how visitors interact with the website. These cookies help provide information on metrics the number of visitors, bounce rate, traffic source, etc.

Advertisement cookies are used to provide visitors with relevant ads and marketing campaigns. These cookies track visitors across websites and collect information to provide customized ads.

Other uncategorized cookies are those that are being analyzed and have not been classified into a category as yet.